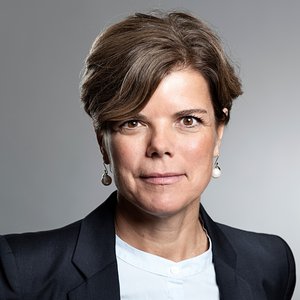 As a reaction to the massive displacement and large-scale humanitarian needs resulting from the war in Ukraine, the international donor community has responded quickly and comprehensively. The UN Flash Appeal for the Ukraine response in early March 2022 was met with one of the “fastest and most generous responses a humanitarian flash appeal has every received” and the global pledging conference held on April 9, 2022 raised more than EUR 9 billion. The generous response to the unfolding humanitarian crisis in Ukraine and the solidarity shown by states is positive and provides a good example of what the international community can do when the political will is there.

However, while the world zooms in on Ukraine, European donors are diverting their development aid budgets to finance the reception of Ukrainian refugees at home. Danish development aid was quickly redirected from other crises to finance the domestic refugee response amid stark and collective criticism from civil society. Recently, Sweden has followed suit.

Essential funding to the massive humanitarian needs in Ukraine and neighbouring countries should predominantly be additional aid, not taken from funding for existing crises. Diverting scarce aid resources risks worsening these crises with devastating human costs. The global consequences of redirecting aid and attention towards the Ukraine response are extremely worrying.

In Afghanistan, half the population, more than 24 million people, depend on humanitarian aid to survive. There is a country-wide human rights crisis and humanitarian emergency unfolding, including threats to the civilian population, high levels of explosive ordnance contamination, forced displacement, gender-based violence and violations against children, while young women are barred from accessing post-secondary education. There is a drastic descent into poverty for many, resulting in a sharp increase in harmful coping mechanisms. While the international community paid a great deal of attention to the crisis as it unfolded in August 2021, the UN donor conference in March fell billions short of the UN appeal of USD 4.4 billion and available funds do not match the overwhelming needs.

In Myanmar, the needs for urgent humanitarian assistance continue to increase by the day with deepening poverty and rapidly evolving food insecurity that has now reached record-high levels, affecting the entire country. It is estimated that 14 million people out of the total population of 54 million need humanitarian assistance, according to the Humanitarian Needs Overview for 2022.

Ethiopia, Kenya, and Somalia are experiencing one of the worst droughts in a generation after three back-to-back failed rainy seasons, with 12-14 million people estimated to be severely food insecure in the three countries. The humanitarian situation in Somalia, the most affected country in the region, is rapidly deteriorating. Despite continual warnings from humanitarian actors of an impending famine similar to that of 2010-11 where a quarter of a million lives were lost, Somalia’s Humanitarian Response Plan is not even 4 per cent funded.

In Yemen, ongoing conflict has decimated the economy and forced over 4 million people to flee their homes and millions more face hunger. Despite rapidly growing needs, the recent pledging conference for Yemen fell USD 2.9 billion short of UN funding targets. Without full funding for the response, critical humanitarian needs will go unmet in a country where two-thirds of the population are dependent on humanitarian aid for survival.

In Syria, 11 years of war and conflict have left 14.6 million people in need of humanitarian assistance, an increase of 1.2 million from 2021. Over half the population have been forced to leave their homes, including almost 7 million people displaced inside Syria. More than 6 million have fled the country. The Syrian refugee crisis is further compounded by the scale of the economic challenges faced by neighbouring countries that have hosted the majority of Syrian refugees since the start of the conflict. Lebanon, in particular, is experiencing one of the worst economic and financial crises in recent history and the continued effects of the Beirut Port blasts of 2020.

In the Sahel and Lake Chad region, the militarized response to conflicts has diverted funds from education, justice, health, which encouraged authoritarian governments and increased the frustration, discontent, and lack of opportunities for the population. In less than five years, insecurity in a region that has limited resources and is the most affected by climate change has increased the number of people in need six-fold. By July, more than 41 million people are projected to be food insecure. Yet pledges at a high-level donor conference earlier this month on the food and nutrition crisis in the Sahel and Lake Chad left a US 4 billion funding gap in the UN appeal for West Africa.

Many more crises could be named.

The use of Official Development Assistance (ODA) to finance the refugee response at home was also trending across European States after the increase of arrivals of refugees mainly from Syria in 2015-2016. In 2016, where arrivals of refugees was no-where near the current 5 million refugees from Ukraine, 11% of the total ODA provided by all 29 DAC donor countries was diverted to domestic refugee response. With the expected vast scale of the refugee response in Europe, due to the war in Ukraine, an even more dramatic starvation of available national development aid budgets.

Redirecting development aid from resilience, peace-building and other humanitarian efforts, will undermine long-term efforts and can have unintended long-lasting global implications for peace, stability, and displacement.