A new Danish law opens for the export of Denmark’s asylum obligations to a third country. Having covered Nordic foreign policy for three decades, we have never seen a betrayal of joint Nordic values on this scale. Social Democratic parties have previously built and defended the UN-based human rights system at home and abroad. Now a Social Democratic prime minister has joined forces with right-wing parties to dismantle it. 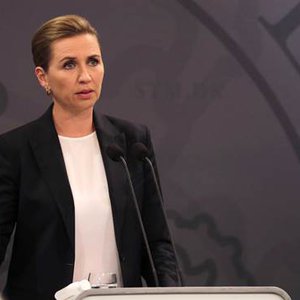 The new Danish law is entirely without precedent. Never before has a Western government had an explicit goal of getting rid of all asylum seekers coming to its borders, legitimate or not, and flying them to another country, most likely in Africa. This is happening at a time when there are record-low numbers of refugees coming to Denmark.

No surprise then that both the UN Refugee Agency and the EU Commission strongly criticise the law on the grounds that it is incompatible with Denmark’s international obligations and undermines the foundations of the international protection system for refugees.
Photo: Danish Prime Minister’s Office

The Danish plan does not only involve processing asylum applications at a refugee centre abroad. If granted asylum, the refugees would then live in the third country rather than in Denmark.

Denmark is offering to provide aid financing to the country that is willing to host such a processing centre. No country has yet offered to provide this service. Rwanda, 6,500 kilometers south of Denmark, has been highlighted as a possible candidate after Frederiksen’s government recently agreed to fund an upgrading of its asylum system.

The question now is whether other donor countries will follow suit. Neighbouring Nordic governments have so far turned down the Danish proposal - the Social Democrat-led governments in Sweden and Finland, as well as the Conservative-led government in Norway.

The EU Commission has proposed a New Pact on Migration and Asylum which would not permit the outsourcing of asylum obligations. The right to asylum is “a fundamental right in the European Union guaranteed by the EU Charter,” a spokesperson says.

Therefore, at this point, Denmark seems to be moving forward alone with no obvious allies. Worryingly, the Norwegian Labour Party, which may come to power after an election this fall, has not rejected the Danish thinking outright. It says that if a Nordic or European agreement is in place for asylum applications to be managed in a third country outside Europe, “Norway should consider joining.”

Danish aid policy will be deeply affected by the new direction in immigration policy, and it is unclear how much the Danes are willing to pay to make the asylum centre idea a reality. Negotiations with possible host countries have been carried out in secret, making any new bilateral aid deal appear potentially to be a sweetener in these negotiations. Denmark has just promised to donate 400,000 doses of COVID-19 vaccines, not to the multilateral facility COVAX, but bilaterally to Kenya. Might this be such an overture?

The Danish refugee issue is driven almost entirely by domestic politics and PM Mette Frederiksen decided a few years ago to drop its traditional government partner, the Danish Social Liberal Party, to be able to cooperate farther to the right in the migration sphere. The new Danish refugee law was approved with support of the two largest opposition parties, the Liberals and the right-wing Danish People’s Party (DPP).

It is all about power and capturing back voters lost to DPP. The result, according to UNHCR, is that Denmark has taken the lead in a “scary race to the bottom” where the life and welfare of refugees would be put in danger and their protection would deteriorate. That is a betrayal of Nordic countries’ staunch defense of human rights over many decades on the global stage. Hopefully, no other Nordic country will be tempted to follow the Danish example.